Welcome to the blog for TurningPoint Youth Ministries, Parma Christian Fellowship Church's Youth Group. Here you will find out what we've been up to recently, lessons, pictures from events, and posts from our teens.

This Tuesday, April 21, we will be going to Skyzone for an evening of fun! We will be meeting at the church at 6pm if you need a ride. If you are getting a ride, be at Skyzone at 6:30.

We have a FREE half hour of jumping, but please bring $2 for socks and $10 if you would like to jump for an extra half hour.

Everyone going must have their parent sign a waiver for them. That waiver can be found here. Please have that filled out before we go to Skyzone. If your parent is bringing you there, they can sign the waiver at Skyzone. IF A WAIVER IS NOT COMPLETED, YOU WILL NOT BE ALLOWED TO JUMP.
Posted by TurningPoint Youth Ministries at 9:10 PM No comments: 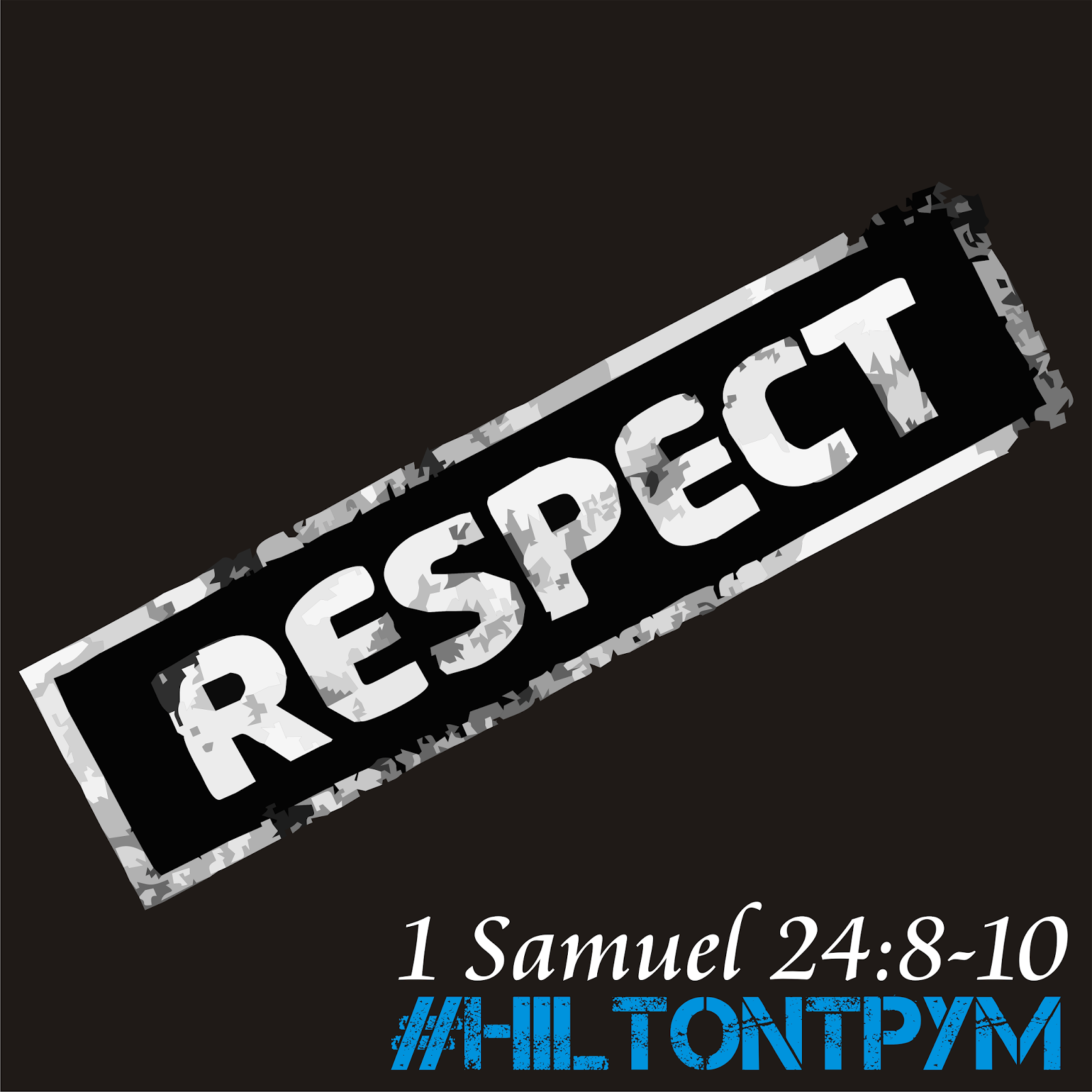 What is respect?
Some student answers included kindness, not defacing property, listening, honoring other's wishes, following rules and doing what is right.

Those are all great answers! Webster's Dictionary defines respect as admiration, or acting in a way that you are aware of others and treat them in a proper way.

Are there people in your life that you don't respect? Why?
Students answered yes. The feel that these people are rude and don't deserve it.


8 Then David went out of the cave and called out to Saul, “My lord the king!” When Saul looked behind him, David bowed down and prostrated himself with his face to the ground. 9 He said to Saul, “Why do you listen when men say, ‘David is bent on harming you’? 10 This day you have seen with your own eyes how the Lord delivered you into my hands in the cave. Some urged me to kill you, but I spared you; I said, ‘I will not lay my hand on my lord, because he is the Lord’s anointed.’

David had respect for Saul because Saul was chosen by God. Saul did not really deserve it, especially since he tried killing David. David finally realized that everything is in God's time, and he needed to be respectful of those in charge. David would someday take his place and be a great king.

Do you respect people, even though you think they don't deserve it? Why?

What is the first commandment that Jesus asks of us? Love your God, love your neighbor (your neighbor is everyone you come in contact with.

Respect others, even if they don't respect you. Do not return fire with fire. Even if they have rules or boundaries that you think are wrong. Respectfully talk to them.

How can you show respect to someone today?
Posted by TurningPoint Youth Ministries at 10:00 PM No comments:

1 If I speak in the tongues of men or of angels, but do not have love, I am only a resounding gong or a clanging cymbal. 2 If I have the gift of prophecy and can fathom all mysteries and all knowledge, and if I have a faith that can move mountains, but do not have love, I am nothing. 3 If I give all I possess to the poor and give over my body to hardship that I may boast, but do not have love, I gain nothing.
4 Love is patient, love is kind. It does not envy, it does not boast, it is not proud. 5 It does not dishonor others, it is not self-seeking, it is not easily angered, it keeps no record of wrongs. 6 Love does not delight in evil but rejoices with the truth. 7 It always protects, always trusts, always hopes, always perseveres.
8 Love never fails. But where there are prophecies, they will cease; where there are tongues, they will be stilled; where there is knowledge, it will pass away. 9 For we know in part and we prophesy in part, 10 but when completeness comes, what is in part disappears. 11 When I was a child, I talked like a child, I thought like a child, I reasoned like a child. When I became a man, I put the ways of childhood behind me. 12 For now we see only a reflection as in a mirror; then we shall see face to face. Now I know in part; then I shall know fully, even as I am fully known.
13 And now these three remain: faith, hope and love. But the greatest of these is love.

What is the first part of this passage saying?

We see that even if you do all of the right things, but have no love, you have nothing.
What is your definition of love?
Why is love the greatest?
We have faith and hope on Earth, but no longer in death. Love grows stronger in death, because God is love. 1 John 4 tells us this.
Love is the greatest commandment:

God has unconditional love for YOU personally. He does not love all of your decisions, but God loves YOU.
Posted by TurningPoint Youth Ministries at 10:00 PM No comments: 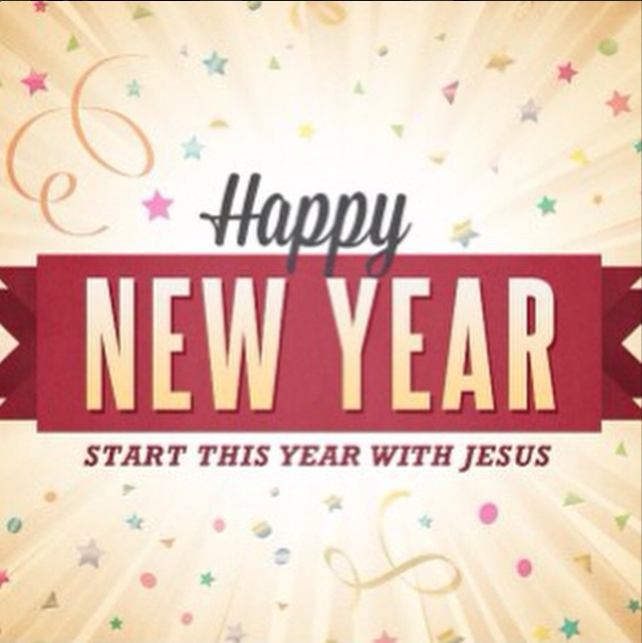 We made it through our first week of the new year!
New Year's is typically a time people look at for starting over. Even a week or 2 later, people may give up their resolutions and just wait until next year.

Lamentations 3 says:
22 Because of the Lord’s great love we are not consumed,
for his compassions never fail.
23 They are new every morning;
great is your faithfulness.
24 I say to myself, “The Lord is my portion;
therefore I will wait for him.” 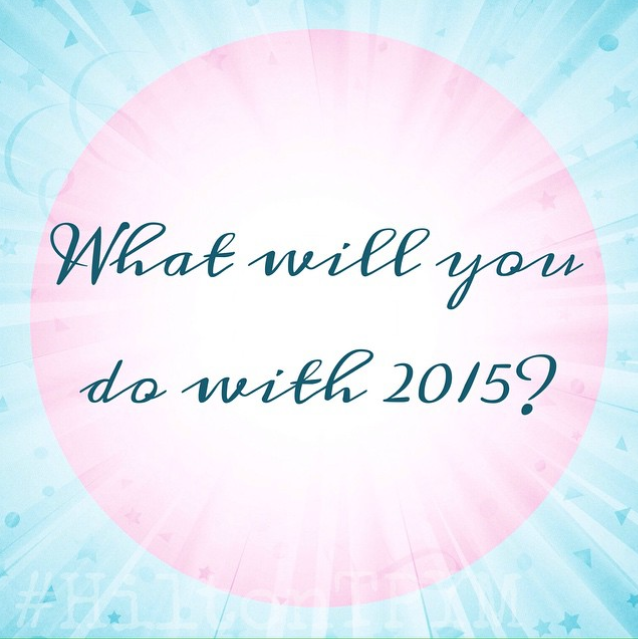 Posted by TurningPoint Youth Ministries at 10:00 PM No comments:

Our fifth annual Valentine's Dinner fundraiser for Parma Christian Fellowship Church's building. Come have a nice dinner with your spouse, parents, kids or friends, where you don't have to worry about cooking! Our teens will serve you! We will also have free babysitting if you wish to eat without your young children.Meals: Spaghetti & MeatballsVegetable LasagnaChicken Parmesan(Gluten Free and Kids meals available upon request)*This price includes the beverage, salad, garlic bread, main entrée and dessert. (If anyone would like to donate a dessert, let us know!)ALL TICKETS WILL BE PRE-SALE ORDERS. See our teens or leaders for tickets. Please pre-order by February 1st.If you would like to help us give more to the building fund, please talk to Paula Merrill about donating a dessert, spaghetti or pasta sauce.

Feel free to invite family and friends who you think would be interested or able to attend! 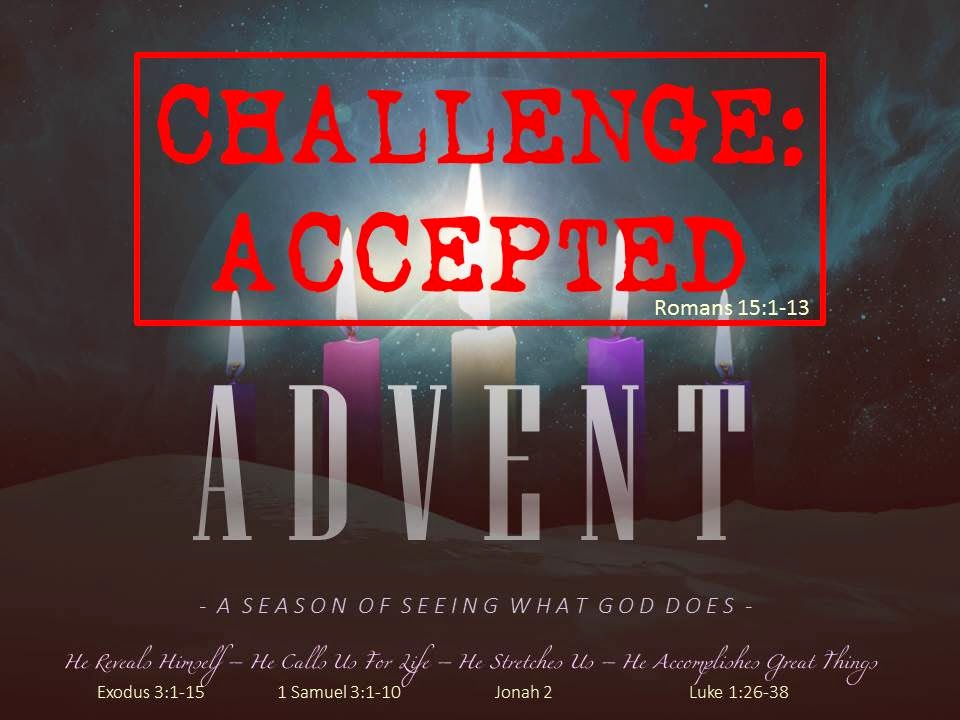 
What I do know is that there is a plan, and YOU are part of it! So what I am going to do is CHALLENGE YOU! What I want you to say is CHALLENGE ACCEPTED! Be completely willing to answer the challenge for you.
If you don’t think that God has revealed himself to you, If God has already revealed himself to you, listen for his call. There is SOMETHING that you are being called to do. Maybe it’s to help a family member or friend. Maybe it’s to get more involved in church ministries. Maybe you know what he’s been asking you to do, and you’re resisting, and making God be a disturber. Whatever he is calling you to do, do it. That is my challenge. Stretch with him. He will help you grow, and as you stretch, you will do great things in His name.
From Romans 15:


4 For everything that was written in the past was written to teach us, so that through the endurance taught in the Scriptures and the encouragement they provide we might have hope.


5 May the God who gives endurance and encouragement give you the same attitude of mind toward each other that Christ Jesus had, 6 so that with one mind and one voice you may glorify the God and Father of our Lord Jesus Christ.


Advent Series:
He Reveals Himself
He Calls Us for Life
He Stretches Us
He Accomplishes Great Things

Posted by TurningPoint Youth Ministries at 9:00 PM No comments: When we become stretched and strong in our spiritual lives, we see that THAT is when God can do great things. God accomplishes great things through everyone. We just need to be willing to listen as stretch with God.

The Birth of Jesus Foretold

26 In the sixth month of Elizabeth’s pregnancy, God sent the angel Gabriel to Nazareth, a town in Galilee, 27 to a virgin pledged to be married to a man named Joseph, a descendant of David. The virgin’s name was Mary. 28 The angel went to her and said, “Greetings, you who are highly favored! The Lord is with you.”
29 Mary was greatly troubled at his words and wondered what kind of greeting this might be. 30 But the angel said to her, “Do not be afraid, Mary; you have found favor with God. 31 You will conceive and give birth to a son, and you are to call him Jesus. 32 He will be great and will be called the Son of the Most High. The Lord God will give him the throne of his father David, 33 and he will reign over Jacob’s descendants forever; his kingdom will never end.”
34 “How will this be,” Mary asked the angel, “since I am a virgin?”
35 The angel answered, “The Holy Spirit will come on you, and the power of the Most High will overshadow you. So the holy one to be born will be called the Son of God. 36 Even Elizabeth your relative is going to have a child in her old age, and she who was said to be unable to conceive is in her sixth month. 37 For no word from God will ever fail.”
38 “I am the Lord’s servant,” Mary answered. “May your word to me be fulfilled.” Then the angel left her


Have you ever thought to yourself, “God could never use me”?

If only I were smarter. If I could just meet the right people. If I had a little more courage. Then surely God would use me. What did others have that I didn’t? I loved God. He loved me. So why wasn’t I on the approved-to-be-used-by-God list? What was the problem? Would my big moment to shine ever come? We can be under the false impression that if God chose us to accomplish great things for Him, it would include an elaborate theme with plenty of fanfare.

God also chooses people like you and me to do great things for His glory. But sometimes our assignments look very different than we think they should. Although the world tends to focus on famous people, high positions and big platforms, God looks at the intent of the heart.

When we look back over the years, we will be able to see that some of my greatest accomplishments happened within the simple walls of my own home. Serving our families in messy ways and being stretched beyond what you thought was your breaking point.

There was no sea of spectators. No cheers from the crowd. No standing ovations. Only a simple family, living life one day at a time, trying to do what was right in God’s eyes. What great things has God chosen for you to do?

And when will our big moment come? When do we get to shine? Imagine it will be one glorious day when we humbly kneel before our Heavenly Father and He lovingly speaks our names saying, “Well done my faithful child. You have accomplished great things in My Name.”

Much of our information came from here.

Advent Series:
He Reveals Himself
He Calls Us for Life
He Stretches Us
He Accomplishes Great Things
Posted by TurningPoint Youth Ministries at 10:00 PM No comments:

Promote Your Page Too